The present capital city of Rajasthan, Jaipur was built by Maharaja Sawai Jai Singh II in 1727 AD. The city is hence names after him. This semi desert land is probably the first planned city of India. Turning the pages of history we find that Maharaja Jai Singh came into power after the demise of his father Maharaja Bishan Singh when he was just 11 years old. He belonged to the Kachwaha Rajput dynasty that came into power in the 12th century. They ruled the kingdoms of Mewar (Udaipur) and Marwar (Jodhpur) from the glorious Amber Fort.

Jai Singh supported Aurangzeb’s son Azam Shah in the battle of succession. But when he lost the throne to his brother Bahadur Shah, Azam Shah demanded to remove Jai Singh from the throne. Jai Singh however rose back to power with the help of Mughals. The kingdom flourished under his reign. He built his capital around Amber Fort and developed Jaipur as the first planned city of India under the able architect from Bengal, Vidhyadhar Bhattacharya. He planned the layout of the city in close reference to the principles of Shilpa Shastra (the science of Indian architecture) and the ancient Indian knowledge on astronomy. However, the foundation of the city was laid down by the Maharaja himself.  It took four long years to complete the roads, the square, palaces and the fortification of the boundaries of Jaipur.

However, when Jai Singh died in 1744, his sons fought for power and the kingdom was set apart. Rajputs and Marathas took advantage of the situation and took over most of Jaipur. In 1876, Maharaja Ram Singh colored the city in pink to welcome the Prince of Wales (later King Edward VII) to the city. The title of Pink city was hence added to Jaipur. When his throne was taken over by Man Singh II in 1922, various secretariats, schools, and hospitals were built under his supervision. Finally Jaipur merged with Jodhpur, Jaisalmer and Bikaner after independence and Rajasthan became the largest state of India.

As mentioned earlier, the beautiful city Jaipur was planned according to the Indian Vastu Shastra. It is seen that the directions of each street and market in the city goes from east to west and from north to south. The Eastern and Western gates are named Suraj Pol (Sun) and Chand Pol (Moon) respectively. Three gates faces the east, west and north direction. The Northern gate known as Zorawar Singh gate faces the ancestral capital of Amber. However, there are many gates facing south. The main market has been named Mirza Ismail Road (MI Road) after the able Prime Minister Sir Mirza Muhammad Ismail Diwan of Jaipur in 1942-1946.

A few Historical places in Jaipur worth visiting:

Amer Fort Jaipur: Built completely in red sandstone and marble by Raja Man Singh in 1592 AD, the fort is a hot tourist destination.
Gaitore: A royal cremation ground for the Kachhwaha Rajput kings and the members of the royal family.
Jaigarh Fort: A regal monopoly built by Sawan Jai Singh II in a palatial structure perched on the ‘Cheel ka teela’ hills. 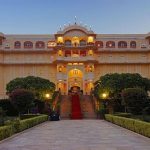 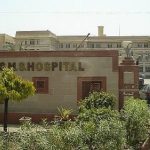 Next article - Hospitals in Jaipur »