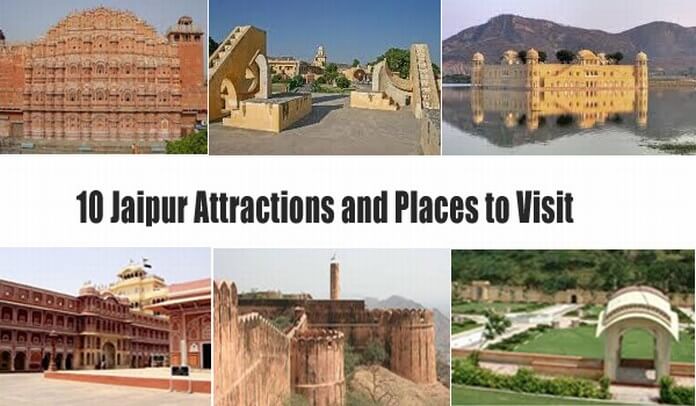 10 places in Jaipur that one should visit in his lifetime

Jaipur is a place of history and its architect that definitely makes people spellbound. The heritage and the royal look prevail in its each corner of Jaipur and not only that, but it left its art in its culture as well. The fort and palaces built in many years ago still take us into the land of surprise and those arts made us believe that how beautifully and logically those things were planned. It is no doubt Jaipur is a famous tourist spot in India, so whenever you plan to visit this place, you should have knowledge about some places that you must visit. The content deals with 10 wonders of of Jaipur, without which your trip cannot be fulfilled.

This palace can make you wonder with its architect, and if you notice deeply, you can find the touch of Mughal, Rajput and European architecture. The history says that this palace was constructed by the Sawai Jai Singh in between 1729 to 1732 AD. It also has a museum, which was earlier known as Chandra Mahal. This museum contains the handicrafts of Mughal and Royal era.

This architect is a vivid example of astronomical intelligence which was made by King Jai Singh II. The King believed in Astronomy and that is why this place still attracts the attention of people from all over the world. The place contains some astronomical and cosmological concept with that one can measure time, predict the time of eclipse and many other things. Not only that, but its marble walls also stand strong in the midst of royal heritage.

Naahargarh Fort is an example of a beautiful design, which was made by mixing Indian and European art. The fort has a great view and it was made during the Sawai Jai Sing era. The history of this fort has many folds, but the main purpose behind constructing the Nahargarh fort is nothing but to make a defense for the Rajasthan. Those who have already visited this place, they must praise the sunset view from this fort.

The Jaigarh fort gives the proof of a strong military structure which was built in 1726. The towering gateway and the watch tower of this fort make the people surprised. This fort was mainly used in storing bullets and weapons for the battle and this place was known as the hub for supplying weapons during this age. Apart from that, world’s largest cannon on while is also in the Jaigarh fort. To witness a great architecture of that period, one should visit the Jaigarh fort in Jaipur.

Amber fort carries the grandeur of the Rajput through its very artistic design. Whenever the talk of Jaipur visit comes, amber fort comes along with. It is a great piece of art and a big tourist spot in Jaipur. This fort has beautifully designed halls, temple, garden and fine mirror work that have its different charm. The two halls for meetings, Dewan-e-aam and Dewan-e-khas still turn out vivid by its extraordinary art work.

Hawa Mahal is such an art where one can find a smart theory. As the name says it is a place of comfort built by Maharaja Sawai Pratap Sing in 1799. This palace of winds has many small windows that, if you go with the idea, control the air and it does not allow the hot air to come in. The king with brain made a wonder of India. The height of the Mahal is nearly 50 feet high from the ground and made for controlling the temperature.

It is also a great place for the peace lover and the history also tells that here Rani Sisodia come to relax in the lap of green environment. In every corner of the architect, one can feel the emotion of love and which was described through the Hindu mythological character Radha-Krishna. This garden was made by king Sawai Jai Sing for his queen Sisodia and it has the touch of Mughal architect in it which beautifully depicts the Indian mythology.

It is the pride of Pink city that prevails in the middle of Man Sagar Lake, which is itself a wonder of India. It is a beautiful palace and along with this, it gives an innovative idea of architect that still makes people speechless. But now the government has decided to allot the land of Jal Mahal to a Private firm, which decreases the glory of this place. But Jal Mahal is the fine example of creative engineering in the midst of the water.

This is the temple of Lakshmi and Narayana that gives an astonishing view to the tourists. The temple is made of marble and the refreshing environment has a charm that is why visitor wants to spend a peaceful time in the premises of the temple. It also has a museum in its premises that attract the attention of many visitors. The glass windows of this temple depict the story of Hindu mythology, which definitely takes you into the ancient time and gives a vivid view of those characters.

It is a museum in Jaipur that gives people an extending knowledge of the sculptures across the whole world. This museum was designed by Colonel Swinton Jacob in 1876. It carries some beautiful art in the form of paintings, handicraft, pottery, carpet, textile, arms, weapon, toys and dolls everything. The one portion of the Albert was designed only for the Rajasthani craft. 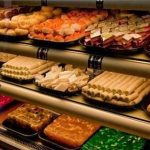 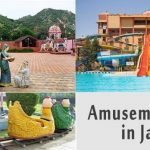