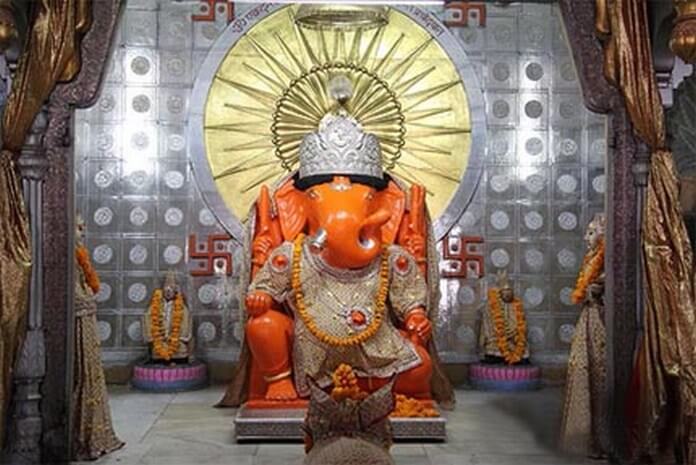 The Moti Doongri Ganesh Temple is another most popular tourist destinations spots in Jaipur. Constructed by Seth Jai Ram Paliwal in the early eighteenth century, it is situated on a small hill on the heart of Jaipur and is surrounded by the exotic palace of Moti Dungri, an imitation of a popular Scottish castle. The palace used to be home to Rajmata Gaytri Devi, but it is locked for public entrance now. The famous and auspicious temple of Lord Ganesha is the only highlight of the place which is mostly visited by devotees in and outside of Jaipur. Thousands of devotees flock the temple everyday in search of eternal bliss. Lord Ganesh, the elephant headed deity in Hinduism considered as the God of auspiciousness, wisdom, knowledge and wealth is worshipped in this temple.

Legends say that once the King of ‘Mewar’ was returning back to his palace from a long journey with a colossal ‘Ganesh’ idol on a bullock cart. He decided to build a temple and consecrate the idol of Lord Ganesh wherever the bullock cart halted for the first time. It stopped at the foot of the Moti Dungri hills where the temple is situated today. The construction and the design of the temple were commissioned to Seth Jai Ram Paliwal who supervised the construction of this magnificent structure under the chief priest Mahant Shiv Narain Ji. It got completed in 1761. Originally, it was built to house the ‘Ganesh’ idol with only the ‘Shaiva’ (Lord Shiva followers) being allowed to visit the temple. The palace complex was built later on which also encompassed the Moti Dungri Ganesh temple making it a popular religious and tourist center today.

The breathtaking Moti Dungri palace is an imitation of a Scottish castle which surrounds the temple. The temple is 2 kilometers long and is carved out of stone. The temple is famous for its intricate stone carving and exquisite lattice work of mythological images engraved on the marble offering a unique view for the art-lovers.  The idol of Lord Ganesh is located right at the heart of the temple and is not visible from the surroundings. Visitors are allowed to have a glimpse of the feted idol only at specific timings during the day.

The temple has 7 darshans of Lord Ganesha in different adorned appearance with Bhajan, Keertan and Aarti performed for every darshan.

Timings for the 7 Jhankis (Darshans) in summer:

Timings for the 7 Jhankis (Darshans) in winter: 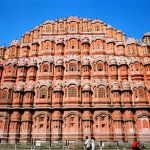 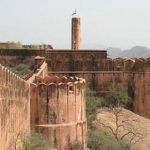