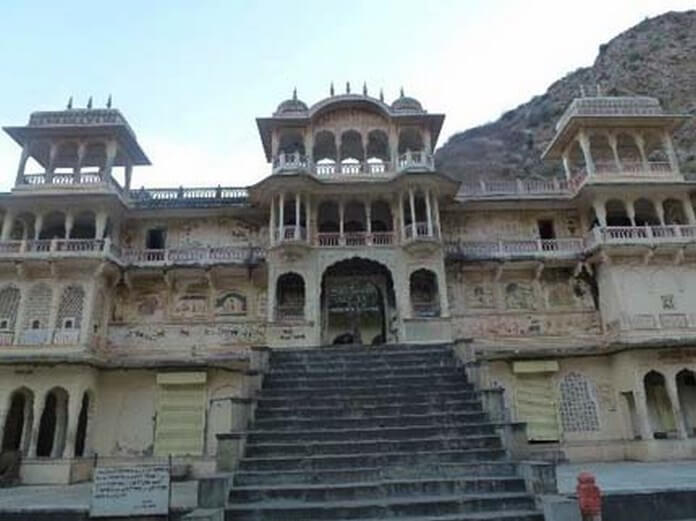 The Galtaji Temple is a pre-historic Hindu pilgrimage site located 10km away from Jaipur. The temple comprises of natural fresh water springs and 7 holy ‘kunds’ or water tanks. Of them all the ‘Galta Kund’ has the most significance. The Kund is believed to never get dry. A spring of pure water flows from a rock shaped like a cow’s head known as the ‘Gaumukh’ into the tanks. This wonderful holy shrine in made of pink sandstone. The temple resembles a palace rather than a traditional temple. The Galta Monkey Temple offers a fascinating view of the city of Jaipur with lush green vegetation and gorgeous landscape on the background. The temple always remains filled with hymns and chants by devotees paying visit. It is also famous for the different types of monkeys found in its vicinity.

Galtaji Temple was built by Diwan Rao Kriparam in the 18th Century. He was an attendant to Sawai Jai Singh II.

Legends narrates that Saint Galav spent all his life here and performed his ‘tapasya’ for 100 long years. Gods pleased with his penance appeared before him and blessed the place with abundant water. The temple was built in his name to honor the great ‘rishi’. It is believed that taking a dip in the natural springs of Galtaji cleanses away your sin.

The Galtaji Temple situated on the Aravalli hills is ornamented by painted walls and adorned by rounded roofs and pillars. Apart from the 7 holy kunds, the temple also houses smaller temples of Lord Ram, Lord Krishna and Lord Hanuman in its compound.

The best time to visit Galtaji temple is during ‘Makar Sankranti‘ that falls in mid January. Every year the temple witnesses innumerable devotees who come only to take a dip in the holy kund. During sunset you can see large family of monkeys flocking towards the temple tank to take a bath.

Nearby Tourist Attractions of Galtaji

A few of the nearby tourist attractions worth visiting include:

Timings for Darshan in Galtaji

You can visit the Temple anytime between sunrise and sunset. 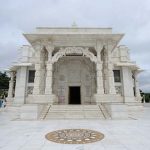 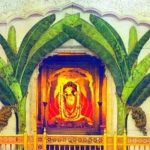