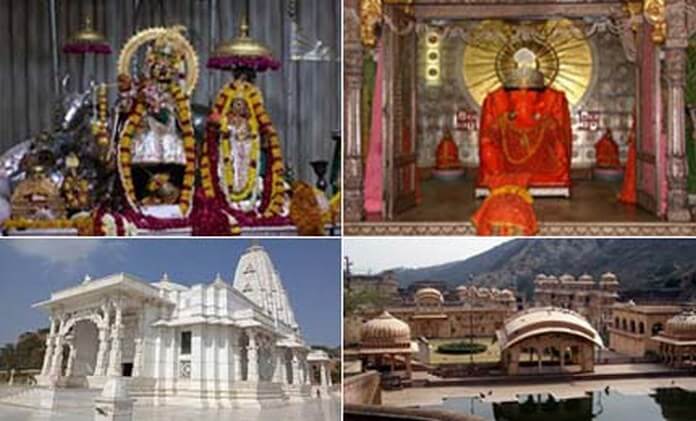 The royal heritage capital city of Rajasthan, Jaipur was constructed by Maharaja Sawai Singh II in 18 November 1727. Planned according to the Hindu Vastushahtra, Jaipur is one of the most prominent tourist destinations in India. The ancient forts and monuments present boast of its glorious past. The city also houses numerous temples and other religious places depicting the images of the spiritual values the dynasties carried in the past. Jaipur is a blend of forts, temples, monuments, gardens etc. that is present as an example of the rich heritage the country carries along.

Jaipur is also known as ‘Chhoti Kashi’ or ‘Mini Kashi’. The reason being the presence of numerous temples within its vicinity. A few of the prominent ones includes Govind Dev Ji, Birla Temple, Shila Devi Temple, Galtaji, Jagat Shrimoni Temple and Shri Kali Temple. All of these temples reflect the devotion of the Rajput rulers who once governed the city of Jaipur. Jaipur attracts both national and international visitors who are simply awestruck on the splendid architecture of these temples and their religious significance. Each has a story to narrate and hence unique in its own way. Jaipur believes in secularism. The temples are open to all castes and races. Come and witness these architectural marvels and take home memories to cherish forever.

The Moti Dungri Ganesh Temple is another most popular tourist destinations spots in Jaipur. Constructed by Seth Jai Ram Paliwal in the early eighteenth century, it is situated on a small hill on the heart of Jaipur and is surrounded by the exotic palace of Moti Dungri, an imitation of a popular Scottish castle.

Govind Dev Ji Temple is one of the most famous and sacred temples in India. This famous tourist destination spot is located in the City Palace complex, in Jaipur, Rajasthan.

The Birla Mandir is a proud architectural landmark of Jaipur. Dedicated to Lord Vishnu and Goddess Lakshmi, the temple was originally known as Lakshmi Narayan Temple. It is situated below the Moti Dungri Fort in Jaipur.

The Galtaji Temple is a pre-historic Hindu pilgrimage site located 10km away from Jaipur. The temple comprises of natural fresh water springs and 7 holy ‘kunds’ or water tanks. Of them all the ‘Galta Kund’ has the most significance.

Shila Devi temple houses the famous idol of Goddess Durga situated in the Amber fort. It is believed that Maharaja Mansingh brought the statue of the Goddess Shila Mata from Jessore, Bangladesh in 1604.

The first planned city of India, Jaipur is also entitled with the name Chhoti Kashi because of the diverse temples and religious places situated within its vicinity. Khole Ke Hanuman Ji is one of the most prominent of among them all. 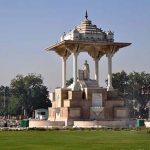 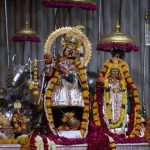