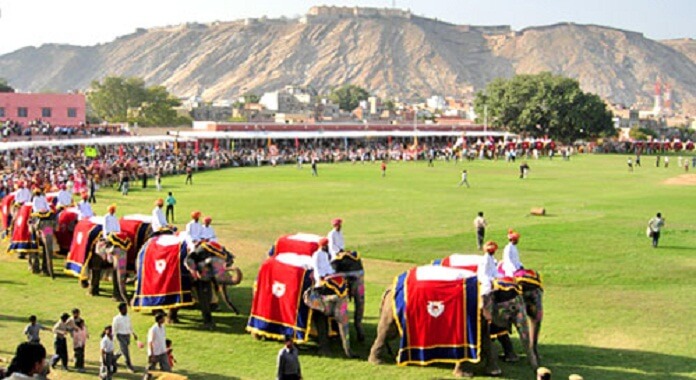 Jaipur is a land of culture and traditions hence a lot of festivals are organized and celebrated every year. The unique Elephant Festival is one of them. To sum the festival in one line, rows of elephants that are groomed flawlessly walk down the ramp before an enthralled audience like the best fashion model in town. The huge mammal move with poise in pageant, run races, play the regal game of polo and participate in the spring festival of the Hindus, ‘Holi’.

The festival is held every year on the full moon day of Phalgun Purnima which falls in the month of February/March. It is organized a day prior to the Hindu festival of color, Holi. Elephants have been a vital part of the Indian society since the beginning of time. The Elephant-headed Lord Ganesha is worshipped as the remover of obstacles. He is the foremost to all the gods and is devotedly worshipped in the country. They also have an important place in religious events, marriage ceremonies, processions, etc.

Elephants are nicely groomed and clothed with colourful and embroidered velvets rugs and parasols and other heavy ornaments by the owners especially for this festival. Special elephant jewelry and anklets decked with bells is crafted for this occasion. Intricate traditional Indian motifs are also painted on them. Ear danglers and colored brocade scarves are hanged on their ears and necks respectively. The tusks are also jeweled up with gold and silver bracelets and rings. The foreheads are dolled up by royal head-plates. The festival is a fun day for the Mahouts (keepers/riders) too. After decorating their elephants, they too dress in brocade jackets and royal turbans and bask into the sunshine of the festivities.

The festival is initiated by a huge and enthralling procession of the royal elephants that are elegantly painted with different shades of colors, embellished with heavy silver ornaments, and embroidered clothes. The elephants enter the ground as though on the ramp with their mahouts proudly thumping to the sound of nagadas and loud blows of bankiyas (a local musical instrument). However, the participant elephants are all females. This festival is made grand with various competitions like elephant polo, Elephant race, the tug-of-war between Elephant and 19 men and women on the other side. Not nly elephant, chariots, lancers on horses, camels, and palanquins are also a common site in the festival. There are live performances of dancers and musicians too. People from all round the country flood to Jaipur only to watch this festival. It is organized by Rajasthan Tourism every year and hence has become an indispensible part of the annual events calendar over the years.

Earlier the festival was held at the Chaugan Stadium located in the old city area of Jaipur. But as its popularity kept on increasing, the venue seemed smaller. Therefore, it got changed in 2011 and was shifted to Jaipur Polo Ground opposite to the Sawai Mansingh Stadium.

Going through the pages in history to ascertain the root of this festival, it was found that the Rajputanas initiated it. The Rajput kings had an extraordinary fetish for elephants. It signified their strength. Elephants were not only used during war but also during royal festivities. It was in fact a must at royal pageants with Nishan-ka-hathi, the flag bearer leading the procession. The Kings were normally seen mounting caparisoned elephants. Special hunting programs and elephant fights were organized to entertain the royal guests in the past. History says when ever important personalities of the British Raj and Maharajas from other provinces came to visit Jaipur, elephant rides were arranged up to the Amber palace to treat them with taste of royalty. Well, the tradition is not extinct yet. Even today, the mahouts take tourists up to the Amber Palace on elephant back like shuttle taxis.

The Dates for this Festival vary every year. It actually coincides with the festival of Holi based on Hindu/Georgian calendar:

Where is the Jaipur Elephant Festival Held?

The Jaipur Elephant Festival is usually held at the Chaugan Stadium in the early evening from 4 p.m. until 7 p.m right in the middle of the Old City of Jaipur. Entrance is free.

To Book your Jaipur tour & visit the Elephant Festival Jaipur Please Contact us. 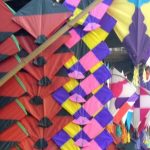 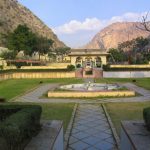